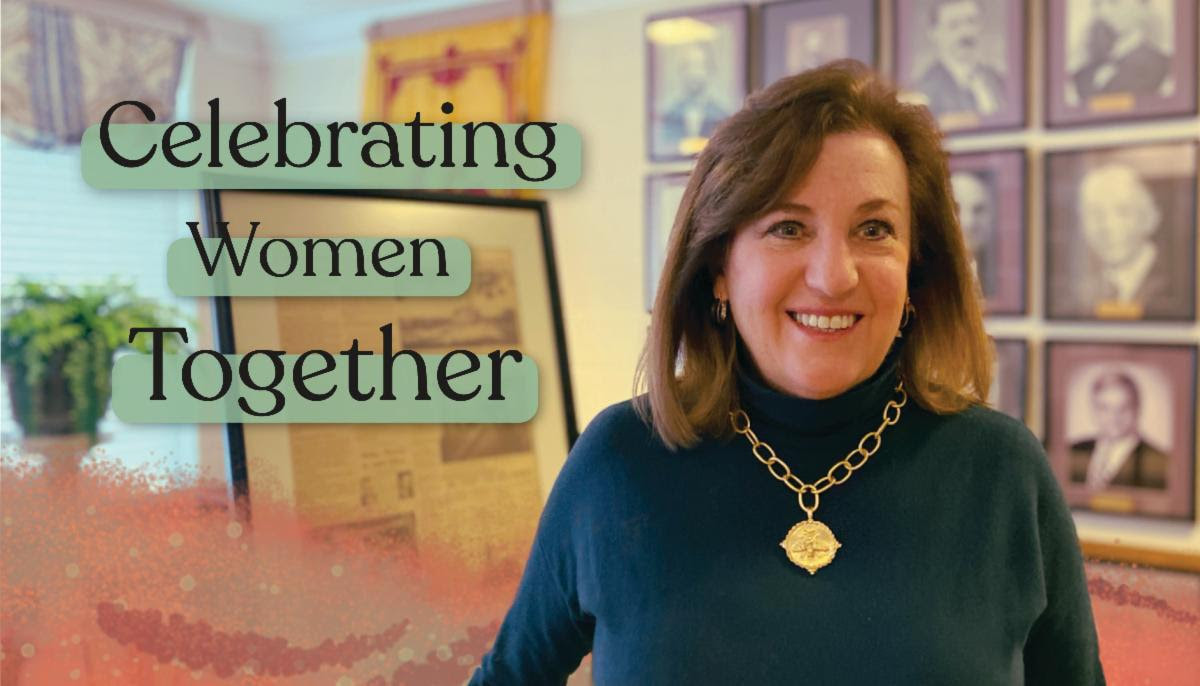 Celebrating Women Together an Interview with Ibby Page
“My mother became really close to her friends that were in her Circle. She had friends in book clubs and garden clubs and all that stuff, but she talked about Circle the most. So I always knew that was just what a lady does, she joins a Circle at church!”

Ibby Page shares a special history when it comes to Presbyterian Women. As a third-generation member, Ibby, her mother, and her grandmother all served as moderators of Presbyterian Women at different times and were also all three recipients of the Lifetime Member Award. This creates a special bond for Ibby and her family that not many get to share. However, what is more important to Ibby is the bond that she has been able to share with other women of the church through this ministry.

Ibby and her sister, V.A., celebrate Advent in the New Sanctuary in 1962.
Ibby grew up attending FPC Gastonia with her parents and sister. She recalls with fondness memories of being a child in the new Sanctuary and even having the opportunity to touch the steeple before it was raised to sit atop the Garrison Blvd. building. Ibby explains, “when I look at it, and you can see it from so many points in Gastonia, it’s neat to know that’s my church and I touched that! At the time, I didn’t think anything about it, but I think my parents hoped that one day it would mean something to me. And it does.”

After she was married, Ibby and her husband, Danny, attended First United Methodist for around ten years. But following the death of her father, Ibby and her family decided to return to FPC Gastonia. It was at that point that Ibby, now an adult, became involved in Presbyterian Women. She explains that as soon as they came back her mother urged her to join Circle 4. “I think she knew it would be the Circle for me because it had a lot of my friends and the other women in the Circle had children the same age as mine.” Ibby recalls. She shares that over the years the group has changed and evolved, yet still the women involved include some of her dearest friends, ones that she would not know otherwise! The fellowship that she finds with other women through her Circle cannot be found anywhere else. Aside from monthly meetings and bible studies, her Circle cooks meals together and participates in mission opportunities together. “We’ve kind of gotten where we look forward to it because it’s fun to be together!” Ibby laughs as she shares. “Just the fellowship means a lot, and I think a lot of people in active Circles feel that way.”​ 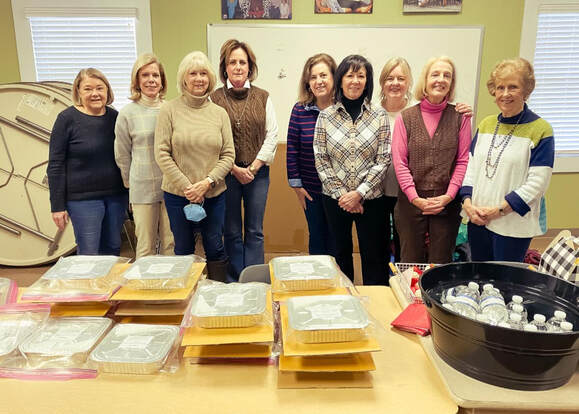 Circle 4 baking casseroles together for the upcoming Presbyterian Women's Food Festival and Bake Sale.
Ibby understands that if you are a new member or younger woman, getting involved in Presbyterian Women can be daunting. “If you’re so busy with your children or work, sometimes it’s hard to imagine getting involved in an active Circle. But it has been a great opportunity for me.” Ibby states. However, she assures that the commitment is less than it seems. And, aside from a connection with women your own age, you are able to receive care and guidance from those older than you or act as a mentor providing support for women younger than you. Ibby explains that at one point when she was serving on the Children’s Ministry Committee, she had the opportunity to get to know several younger women who also served on the committee. With her own kids already grown or in high school, Ibby was able to empathize with these younger mothers and what they were currently experiencing. “It was fun getting to know them, and I think they liked the fact that I knew how busy they were.” Ibby shares, “I loved that experience both times that I served. Some of those women I’m still really close to today.”

Ibby’s story clearly illustrates three tenants from Presbyterian Women’s mission statement: to build a caring community of women, to support the mission of the church worldwide, and to nurture faith through prayer and study. At FPC Gastonia, women are active in leadership roles both on the Diaconate and Session, serve as Sunday School teachers or Bible study leaders, participate in mission opportunities (locally and worldwide!), but most importantly they offer friendship, care, and concern to all they encounter.