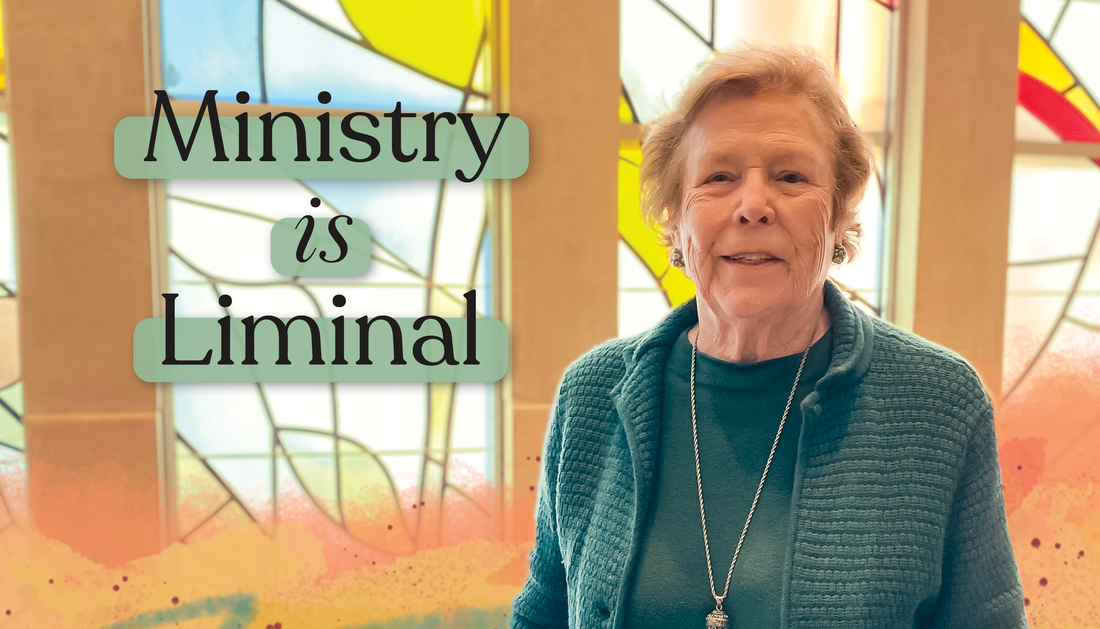 Ministry is Liminal an Interview with Martha Beal
“I love this church! I know that’s not probably what you’re supposed to do, love the church and not love another church, but both of my parents were Presbyterians and I grew up here, and then I went to a Presbyterian college, so it’s just embedded in me.”

At 90 years old, Martha Beal has experienced firsthand the many ways that a church can change over the years. With a history stretching back before she was born, (her grandparents joined FPC Gastonia in the late 1800s,) Martha was baptized here, married here, and jokingly says that she’s going to die here. Martha’s love for this congregation runs deep.

As a child, Martha vividly remembers participating in Sunday School and Bible School, explaining that, back then, Bible School lasted three or four weeks and was highly anticipated by all. At age 12, she officially joined the church after completing confirmation. Then, at 21, she and her husband, Giles, were married in the old Sanctuary on Marietta Street. Not long after, Martha was present during the construction of the current building on Garrison Blvd. and recalls just how amazing the whole project was. Particularly, when it came to the members of the building committee.

“The most amazing part was, while there were a bunch of men on the committee, there were two women that I can think of, Mrs. J.H. (Elizabeth) Matthews and Mrs. J.N. (Margaret) Summerell, who were on that committee. And you know, Mrs. Matthews was probably in her 70s, but she had the foresight. The dream was real to her. The church was inclusive of women even back then which I think is wonderful.”
​ 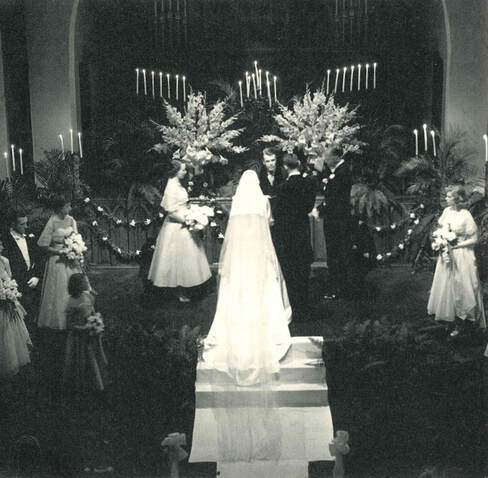 Wedding of Martha and Giles Beal, Jr. on June 26, 1952 in the old church sanctuary.
Margaret Summerell in particular left an impression on Martha. She explains that Margaret was the first woman elected as an Elder at FPC Gastonia. She had a strong influence on Martha, especially when Martha herself was elected as a Deacon and then, later, an Elder. “I was proud to know her,” Martha explains. “There were lots of churches, and still are, who do not allow women to hold office, so that part was amazing and made me feel good about the church.”

As an adult, and while serving in these leadership roles, Martha was a Girl Scout Troop Leader, a Sunday School teacher, and a bible leader for her circle. In 2010, she was even named as the recipient of the Presbyterian Women's Honorary Life Member Award. Martha explains that she and her husband got as involved as they could in the life of the church. And, until her later years, Martha worked to know everyone in the congregation. It helped, of course, that so much of her extended family were also members, but Martha recalls the warmth that she always found among the members of FPC Gastonia. In particular, she recounts with tears how, when her granddaughter was injured in a car accident while out of town, John Stanley saw to contact his brother who lived near the accident to stay with Martha's granddaughter at the hospital until she and her daughter could arrive. That was the kind of support says she has always received from church members.​ 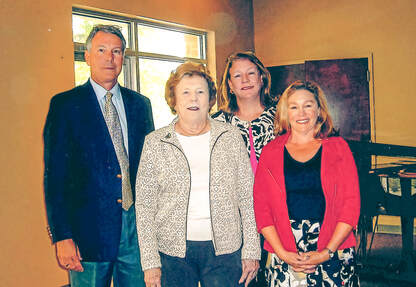 Martha, pictured with her children in 2010, upon receiving Presbyterian Women's Honorary Life Member Award.
Now, when you are involved with a church for as long as Martha has been, there are bound to be times when you feel frustrated. Martha admits to this fact, remembering quarrels among members and disagreements with pastors. But, Martha explains her commitment to the church in this way, “I was sort of reared to think that if you belong to something, you stick at it regardless of the situation. And we stuck at it through those times that weren’t as good.” Martha strongly believes that you must be willing to get involved and stay involved if you want to make a change or an impact. Her advice for younger generations? Just do as much as you can.

Martha explains that you must believe, not just in God, but in the church and what it can do. As she sees it, the church’s mission is to help others and when you do, you will receive so much more back. That is what allows you to build relationships and connections with those around you while bringing glory to God at the same time. Following this example, may we see what each of us can give to continue the legacy that Martha, and others like her, have left for the church today.