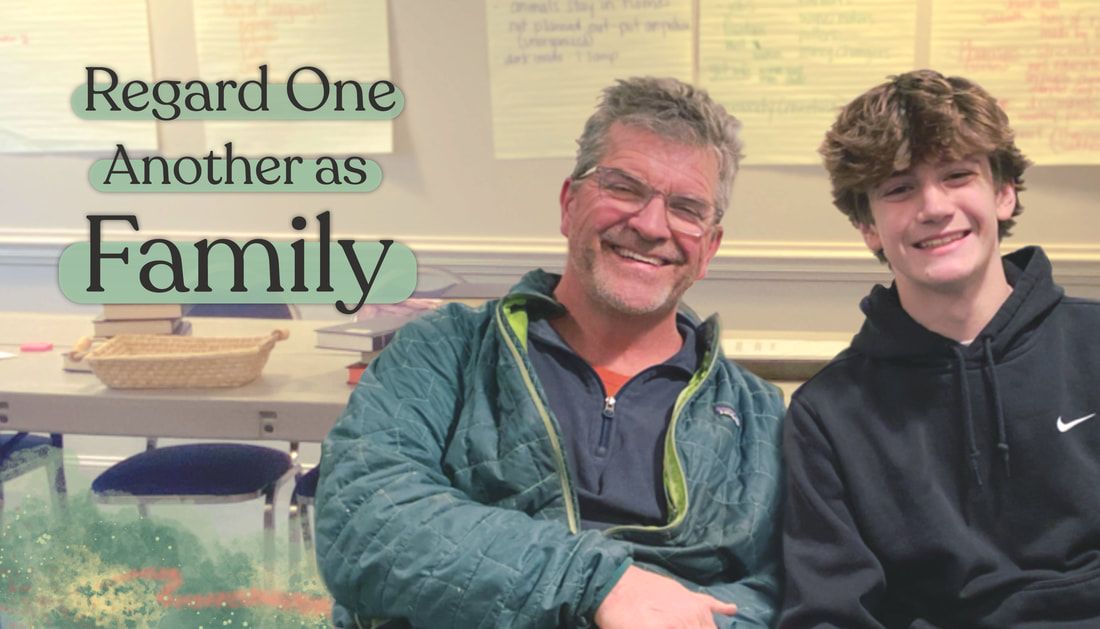 Regard One Another as Family an Interview with Dale Bullock and Tripp Current
"I’ve gotten to see him grow in so many ways. Which is really, really fulfilling for me."

You don’t have to look much farther than the Confirmation program at FPC Gastonia to find a shining example of an intergenerational relationship. Dale Bullock and Tripp Current are a mentor/confirmand pair from the 2019-2020 class, and as they talk, you can see that they share a special connection. They listen to and respect each other, they joke like friends, but more than that, they treat each other like family.

In the Presbyterian Church, around the time that they enter adolescence, youth are invited to participate in Confirmation, a series of classes where they take the next step to learn more about our faith and develop their own understanding of what it means to be a Christian. This year-long process culminates in the Confirmands officially being welcomed into the church as full members of the congregation. Tripp explains that the process was an impactful time of growth for him and his classmates. “I learned a lot about myself, my peers, and then my faith throughout my Confirmation months.” Tripp shares. “It was a very well put together process.”

Due to the more serious nature and the depth of information that they cover during their classes, Confirmands are typically paired up with an older church member, outside of their immediate family, who can act as a mentor and guide. This is exactly what Dale has become for Tripp, with their relationship continuing even once Tripp was confirmed and the classes ended.
​ 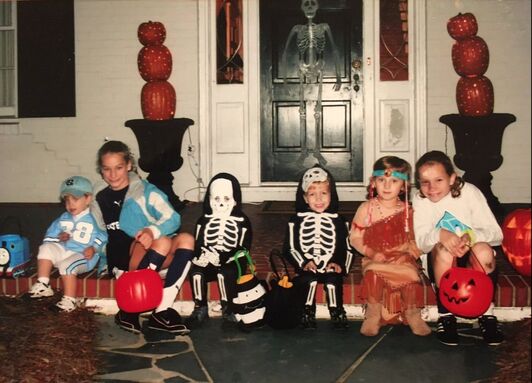 The Current and Bullock children dressed up for Halloween.
Tripp and Dale go way back. When Tripp was born, Dale and his family lived right down the street from the Currents. “We have a Halloween picture on our wall of all the kids on their front porch at Halloween and little Tripp is dressed up like some Tarheel dude.” Dale laughs as he shares. “Will and Susanne had been talking to me for probably two years prior to Tripp starting confirmation that ‘He’s coming soon and we want you to do it.’ I think they were afraid that Tripp would gobble up the average 55-year-old!”

Tripp and Dale have developed a successful relationship and they credit that to the things they have in common. In particular, they point to their outgoing personalities. But you can tell that they each share care and concern for the other in their interactions. Dale in particular beams as he talks about Tripp’s accomplishments, explaining that he was president of his class, plays basketball, and is about to start working on his Eagle Scout project. Dale excitedly says, “I think he’s looking down the road at some really cool opportunities and I want to be a part of that. Maybe I can help him make some decisions because I can be a sounding board that isn’t his mom or dad, or someone his age.” After raising three kids of his own, Dale wants to share what he has learned with Tripp and continue learning from Tripp in the process.​ 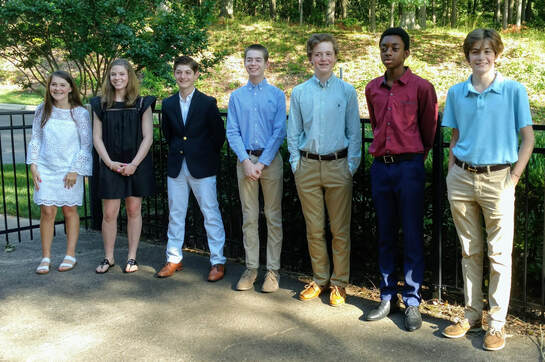 2019-2020 Confirmation Class after being confirmed by the congregation.
Tripp shares that, besides teaching him how to hunt, Dale has taught him that you don’t have to be the stereotypical ‘perfect adult.’ Tripp shares, “you can still have fun, you can still hang out and do stuff that you would do as a child. You can be cool.” Meanwhile, Dale shares that Tripp has taught him so much about teens and young adults today. When he and Tripp were first paired up, it was interesting to Dale how much time Tripp spent on his phone, but it wasn’t long before Tripp showed him what a valuable resource it could be as they worked together purchasing gifts for Black Mountain Home one Christmas. “He gave me a better perspective on how I viewed his generation and how they used their devices. I gained more respect for that as opposed to an old person who fusses about it,” Dale says. He explains that his relationship with Tripp has also allowed him to see what today’s teens are going through – how they think, what they talk about, and where they are emotionally compared to where he was at their age. Dale concludes by saying, “it taught me a lot and made me a lot softer around the edges on how I viewed that kind of stuff.”

As far as advice, Tripp shares that if any other future confirmands or mentors are reading, the most important thing is to break down the wall we so often put up when meeting new people. “Just go out there, have fun, and be yourself.” Tripp explains, “because not every adult is strict, and not every little kid is a brat, or stuck up. Try to bring the best out of each other and enjoy the time you have while you are in the process.”